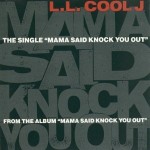 Poetry Corner! Don’t call it a comeback, I’ve been here for years!

Well, every poem feels like a bit of a comeback. I have to admit though, as much as I recognize the lameness and limitations of what I do, I have such a selfish pleasure in writing that it outweighs my superego’s telling me to forget it. My dear friend Carrie has recently talked about how for those of feeling our daily political waking nightmare, the Hostile Reader we imagine greeting our every word with a “pshaw” is close neighbors in a special gated community with the voice telling us how pointless it is to call your Senator or send a rainbow postcard to the White House (I’ve done both recently). So #Resist! and keep writing.

Not that all writing by concerned citizens is inherently political or should be. But I recently had an experience that tapped into first a long-ago personal history as a writer, and then our political moment. Back in college I wrote a poem called Twilight of the House of Wessex about an imagined lab scene with a friend of mine autopsying rats, putting the names of Anglo-Saxon kings on them which I extrapolated to their being spread-eagled on Viking ships. All in good fun. I had some weird deja vu to that poem when I walked into the Freeman Lab at MIT, where they study the mechanics of hearing. How the engineers do this at present is by sedating mice and chinchillas — so as to have the animals be perfectly still, on a super-stable lab table with sound baffles — and then playing sounds so they can trace the response of the inner ear as it receives the noise and sends it up into the brain.

When I finally sat down to write about it, here in Year Zero, I couldn’t shake the sense that this scene of the animals sedated and strapped to the bench had superimposed upon it other notorious images of power twisted for coercion and torture. Instead of the pips of sound playing in the mouse’s ear I recalled the use of heavy metal to torture US detainees. Not just the fragile mouse but even the scene of scientific experiment itself now feels a bit besieged, potentially overwritten by an outright attack on science from the right. And I really do have tinnitus, so there’s that too.

So that is the fun prompt for this poem, “Hearing Study,” which also is inspired by America’s Favorite Poet of Witness, Adrienne Rich. If you read on, Reader, thanks a bunch.

A mouse lies etherized
Upon a table in a lab.

Pink tufted flap pinned back,
Its ear is open to a ping

The cochlea is bound
To send along, asleep or not:

The engineers will trace
The domino-fall of stirrup bones

Up to the cortex flash,
Base wavelengths alchemized to sound.

I’ve got this tinnitus,
So in this silent lab I hear

The chosen tones ring out
Above a maddening susurrus–

I know they’ve stabilized
This table, pads on walls, nothing

Outside the experiment
Can reach this animal–and yet

All around this tiny stage
I hear how this could all go wrong,

And has: a Gitmo’s worth
Of hideous concerts, flood-lit rooms

For those about to rock
Instead of sleep, or pray, or eat.

Research, but also like
The scenes of men with lab coats, hoods,

Our country’s uniforms
Engaged in violence upon

Someone naked and bound,
Then maybe tinnitus is not

A signal failure but
A warning: what is sweet upon

The porches of your ears
Is somewhere harmonized with that

You never would have wished
To hear, yet booms out in your name,

And mine. Even in here
That hidden beat keeps me awake.